Maia 0.61 is out now. Right now. This build brings many new useful features to the game and a significant amount of tweaks and fixes.

Here’s a video of me playing the latest release:

This update brings several new user interface and management tools to the game. Room options are now available and allow for managing the stockpiling of items, new security features and even tweaking the lighting of a room. Just click a room to see the available options. Carefully managing these fine grained controls can significantly improve the efficiency of a busy base. 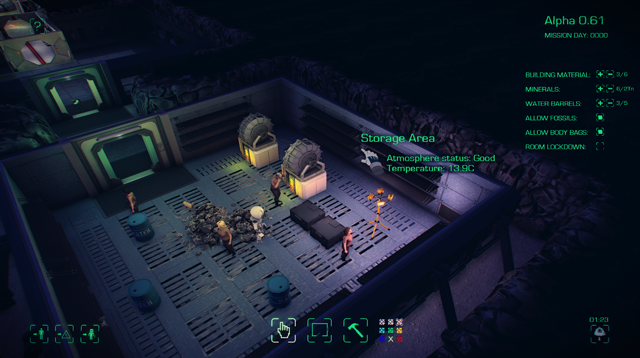 When placing items the UI now presents more useful information about whether an object is reachable, and visible paths are shown to illustrate how the colonists would walk to the item.

You can now practice your interior design skills and rearrange items in your base using the new movement order. By click-dragging on an item you will create a new move order and your colonists will push the items to their new locations. Utility robots given movement orders will use them as waypoints and if they are not too busy, go directly to the locations. 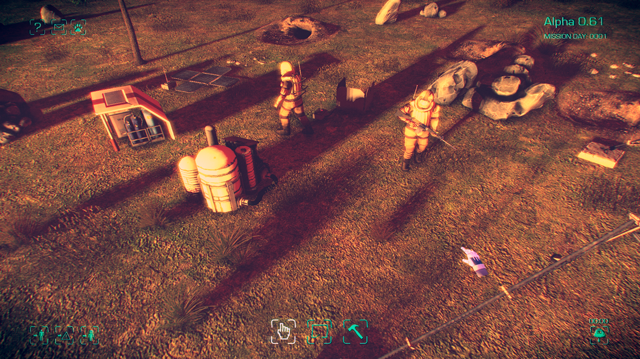 The tutorial has been significantly reworked and with more guidance and information, and provides an easier and clearer first contact with the game. Even experienced players may find it useful to give it another go.

Build priority changes for better base flow and design. Colonists are now more aware of the flow of a base and will order door builds based on the need of that specific room. They will also no longer have complete emotional breakdowns when locked in a room with no doors, so will build one if it is placed. They will also share workbenches more efficiently and the amount of duplicated builds has been reduced.

Suit refill points are now critical to surface operations. You can no longer build items far away from your base and must build a supply chain to the item so your colonists can restock their suits and rest. 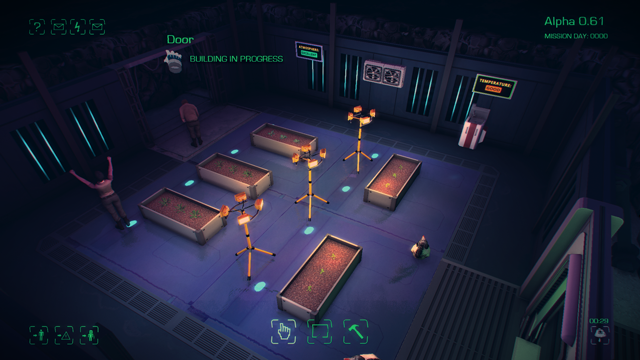 Resuscitation and first aid has been added, allowing colonists to save unconscious members of the team (if they like them enough). Just ensure you pick some colonists with medical skills as improperly given resuscitation can give patients other health complications.

As you may be aware, we are rapidly approaching beta, so do send us all your bugs and issues. Be sure to get yourself on the development branch to see all the latest changes.


Alpha 0.60 is here! Lava can now rain down into your base, incinerating anything in its path. Here’s a video of me showing off the new features and changes to the game:

Lava, (perhaps more accurately, magma) is now in the game! Maps with high tectonic activity will run a huge risk of lava breaches, that will pour into your colony and destroy anything in its path. Watch as your equipment and colonists die gloriously in the all consuming fire. The system is a full 3d fluid smoothed particle hydrodynamics simulation so has realistically simulated viscosity, density and pressures all running in real time. 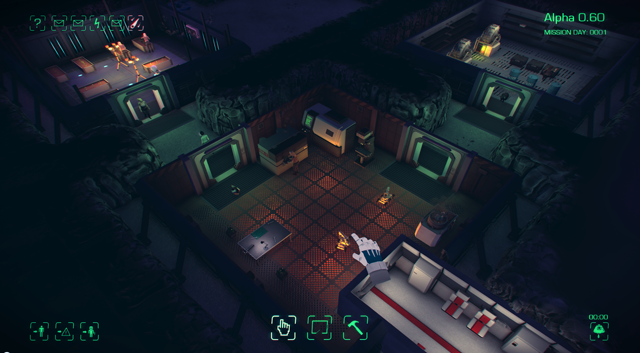 All intelligences in the game now have a detailed long term memory, allowing them to to remember their actions, moods and feelings. In their emails, colonists will now comment on what they did in a day, why they did it, how they felt about it, how important it was and even details down to what the bases conditions were like at the time. Domestic and alien creatures will use their memory to make better choices in the future, such as returning to a place they found food or warmth. 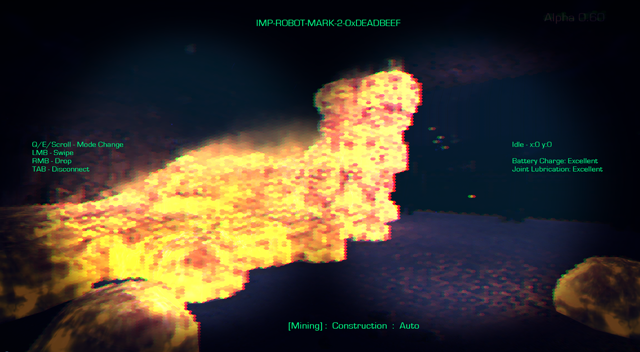 Colonists can now make friends, build relationships, fall in love and make enemies. The relationships will change their attitudes towards each other, their moods and their behaviour in the base. New interactions, such as arguments, following and shoving will come about as colonists get to know each other.

Many small changes have been added to the user interface to improve object placement, such as wall-snapping auto-rotation of items and object-type rotation memory, to allow for consistent placement when placing several duplicate items. A small amount of latency has been reduced from the mouse movement which will also make things feel more responsive.

The new mission-day counter on the top right of the screen will give you a better feel for your base’s progress as you track the passage of time.

As you may be aware, we are rapidly approaching beta, so do send us all your bugs and issues. The estimated date for the 1.0 release of Maia is now the end of May.