After several months of work Maia 0.68 has touched down. Watch my video below to see a quick overview of some of the new features and fixes.

This is the penultimate development version of Maia. The next update, 0.69 will take the game out of the early access program. This of course won’t be the last addition to the game and there are plenty of new and exciting things to come. (I’ll also be sticking to my no DLC policy, all main game content updates will remain free.)

If you enjoy Maia’s updates, but want to try them earlier, don’t forget to set your game to use the development beta branch on Steam which will give you access to my daily builds. (Right click on the game in your library, click properties and go to the beta tab.) We also have a new Discord server to report bugs and talk about the game. Leaving a review would also help us very much as we approach release.

This update brings the all new fire fighting utility robot. This nifty little machine will dart across your base to extinguish the inevitable conflagrations of your poorly maintained colony. If you need a more hands on approach it is of course fully controllable in first person too. 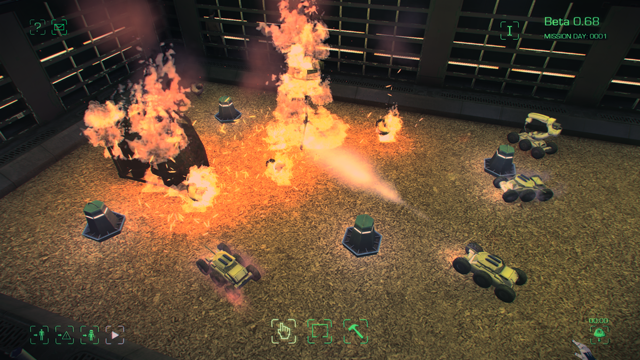 New AI behaviours have been bestowed on the animals, robots and alien creatures in the game, adding many new avenues for emergent game-play. Chickens now can be startled and will flock dynamically to avoid perceived danger. But don’t worry, they’ll also now nest on many items in the game, providing plenty of annoyance to your colonists and plethora of new and exciting fire hazards.

Colonists are more aware of the actions you take and will sometimes mention if they think you followed their advice and will also comment on what they think of new equipment. They’ll also produce more detailed emails and discuss new topics such as the weather, storms and climate and how it’s affecting the base and it’s inhabitants.

The alien creatures of the planet have had many of their territorial behaviours improved and will now migrate independently in herds on and off the mission area. The changes will also see them attacking your bases in a smarter ways, leading to more dramatic incursions.

Your IMP robots are now more fragile and can be seriously damaged by earthquakes and have their circuits scrambled by solar events. You’ll also want to keep them happy as they can now take action against your poor management, hijack your email system and organise a labour movement. Listen carefully and you’ll hear IMP robot’s new voice-over lines. They’ll comment on the awful state of your base, provide snide but perhaps useful observations of your colonists and go on endlessly about how depressed the doors are making them.

The base announcer now has twice as many lines detailing equipment state and supplies, and several new call outs for the colonists. Several of the announcements note ongoing progress in the base that will save you from watching every unboiled kettle. 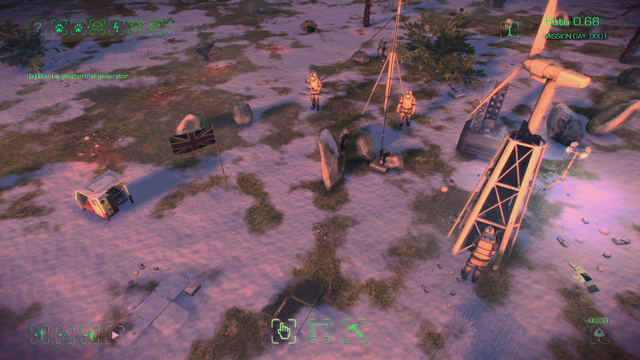 The new rename tool allows you to set a callsign for any item, room, animal, plant, colonist or robot in the game. The new name will appear in the quick selection menus and emails to help you better manage your base.

The mouse over information on unbuilt objects now states any recent attempts to build an item and if those are still ongoing or if the colonist has given up and why. The base manifest has had another pass too with a new layout with more information and an easier to read format.

But that’s not all. There are a lot of changes to the game.

If you’re playing the game for the first time I would suggest watching the 0.67 video guide, as it will help you pick up many of the things the tutorial has to skip in the name of brevity.

Remember you can read every single commit I make to the repo on dev.maiagame.com. If you are enjoying the huge amount of work going into the game, don’t forget to update or leave a review and send me your feedback.


Maia 0.67 is here! This huge update is all about polish. Check out this quick video of me showing off the major changes:

Fine dust in a humid underground base quickly turns to sticky, sticky dirt. Colonists will inevitably traipse it all around the base, making everyone intensely miserable at the state of it all.

Thankfully there is now a floor cleaning robot ready to remove dirt and polish scuffs off the floor! Just build it and watch it methodically work its way around the base. Or maybe take it for a spin in first person?

The propagator adds a new level of depth and interaction to your hydroponics room. The systems grow seedlings in a carefully controlled environment to maximise yield from the colony’s seed stocks from earth. 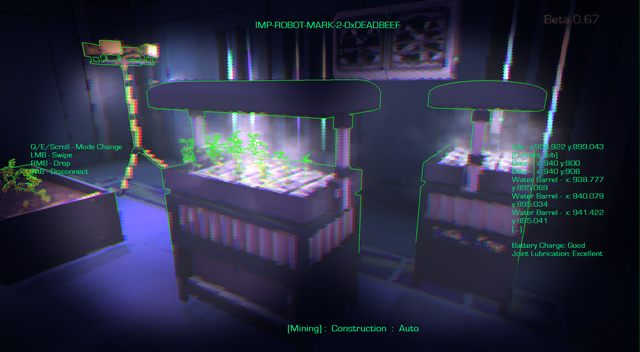 The IMP robot can now pick up items (and creatures) in first person, manipulate them and carry them about. This new level of interaction gives you more control over the little things in life (such as chickens). 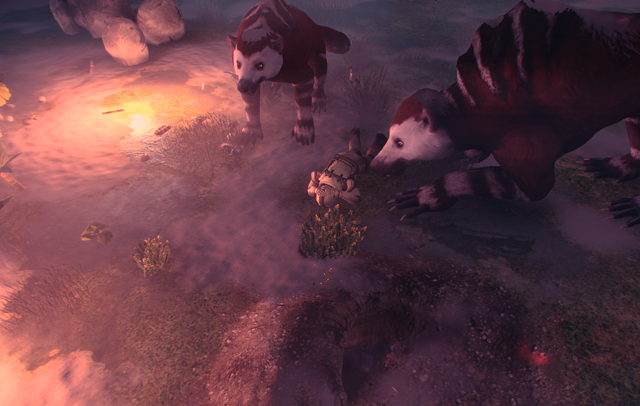 What are they plotting?

Colonist emails are now more detailed and varied and will focus on core issues in the base. They also include profile pictures for the colonists sending them to help you identify the sender and grow closer to them before they inevitably die in a fire. 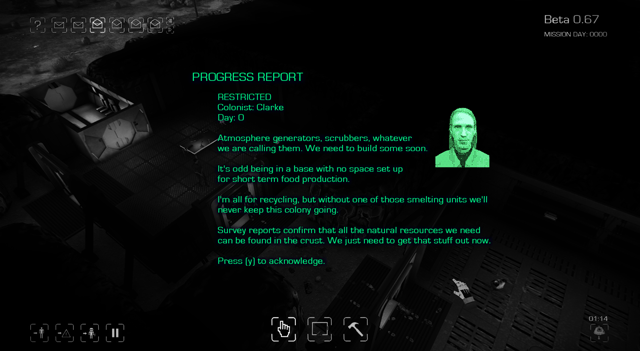 Exterior rendering has been improved substantially with new detail in snow and ground water. A new volumetric effect outside will render fog, dust and smoke with realistic movement depth and shadows. 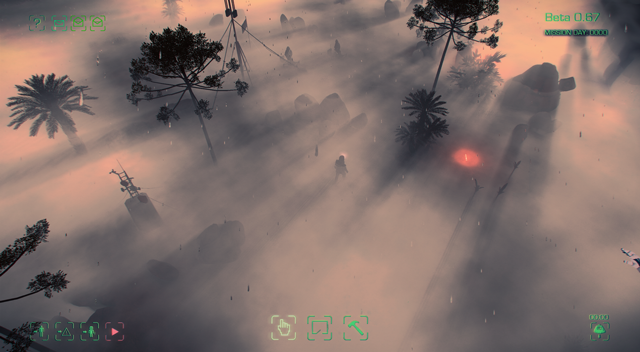 The user interface has had a lot of tweaks and improvements. The game camera is now smoothed and can also zoom into rooms and will adjust its height automatically when moving around the base.

Placing rooms is now easier with new icons for each room type. Many of the UI modes are more responsive or have been tweaked for clarity. More text has shadowing, and mouse over info tips have been clarified and shortened to make them easier to skim. 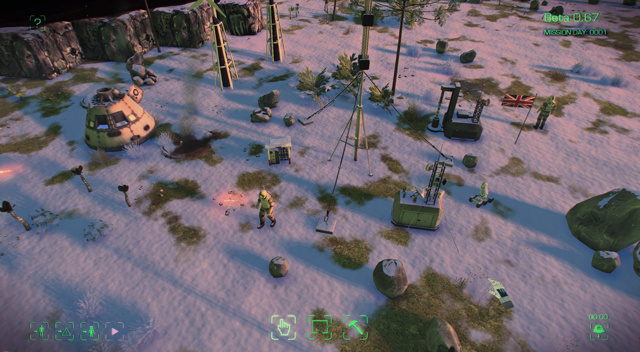 If you want to see more changes to the game as they go live. Get on the Development branch on Steam. You can also watch as I update the repository on the development site.

0.68 is already in the works and will again be focused on improving the AI and feedback from the game, rounding off some of the sharper edges.

Please let me know if you find any big bugs or issues. If you appreciate the effort going into the game, don’t forget to leave a Steam review!