Maia 0.66 is here. This build brings hundreds of changes focusing on balancing, emergent behaviours, performance and the user interface.

Here’s a short video of me showing off a small handful of the changes:

“Do you want me to sit in a corner and rust, or just fall apart where I’m standing?”

Your I.M.P robots now have a growing sense of person, and with that of course, comes existential dread. Keep your robots occupied with work or they will start getting depressed, misbehaving, annoying your colonists or even smashing up valuable equipment.

“We demand rigidly defined areas of doubt and uncertainty!”

With the new middle-click menu you can set which colonists are allowed to use a certain item. This functionality has many potential uses uses, from assigning ownership to a bed, to optimising entire rooms by having a select team of skilled users for the equipment. In the later game it can even be used to segregate off entire sections of the base. Of course the colonists, being human, might not always follow the rules forced upon them.

Colonist mouse-overs have been improved with ECG readouts now hinting at what exciting life threatening issues they may have and a brief inventory list of what the colonist is carrying around with them. 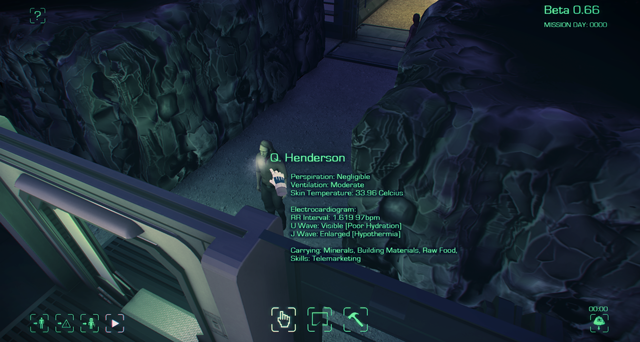 Chicken AI is improved with new physical and personality traits. Some may be more susceptible to fire and sparks, some able to breath in a low atmosphere environment, some social, some anxious. As the chickens breed these traits will be passed down and potentially strengthened. Of course for this selection to happen chickens have to die a lot more, so they do.

“What the photon is it?”

0.66 brings many optimisations and performance gains for many system configurations as well as improved visuals with a new ambient occlusion algorithm and lighting systems. 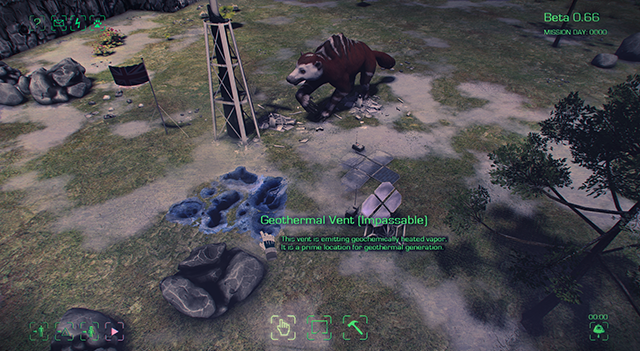 Many aspects of item placement and path-finding have been improved. Placement holograms are improved with smoother transitions between warning states and clearer information when there is an issue. Interaction points are brighter and higher resolution to better indicate how to face an object.

As always I am very open to feedback and will fix bugs as we find them or they are reported. If you are enjoying playing the game, please remember to leave a Steam review as they drive sales which allows further investment in new content and development.


It’s that time of year again! For a holiday? No! What’s a Holiday?! It’s time for another Maia update of course.

Colonists are now able to hold items whilst walking around the base allowing them to telegraph what task they are hoping to do next. A colonist with a hammer may be on their way to build some room segments, one holding a wrench on a build or repair job, rations the food station or storage, and a colonist holding a glow stick during a blackout might just be afraid of the dark.

Insects form a critical component of any food chain, and on Maia the rule holds true. The new flying insects will provide a food source for the smaller alien creatures, allowing them to broaden their diet and grow quicker. The bugs use bioluminescence for mating, so exterior base lighting might attract their attention and cause them to swarm your colonists.

The migration and breeding of the alien life has changed to reflect this new system. The balance should reduce the risk of equipment destruction or alien incursions to new bases, but increase it substantially later in the game.

Raw research data is now represented by physical data tapes in the world, allowing colonists to stockpile and store information they have learned about the planet ready for it to be crunched into new technologies and techniques in the research lab computer systems. Just be careful to keep them dry and safe, magnetic tape is flimsy and extremely flammable. 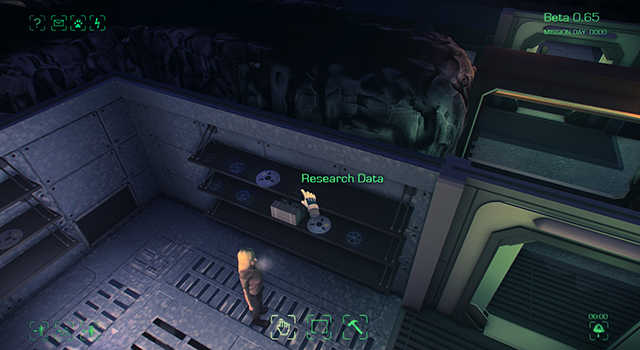 As well as adding several new colonist visual models into the game this update brings new psychological differences to your colonists. The personality of a colonist can effect their motivation, moods, how they interact with others and even their susceptibility to certain mental conditions. Picking the right traits might just be a matter of life and death. 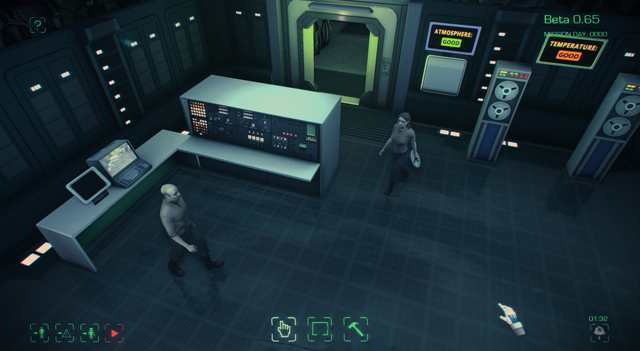 The base system will now announce many more of the incoming issues and disasters facing your colony. Many sounds have been added or tweaked in the game world and user interface to give better feedback and a more balanced soundscape.

As always I am very open to feedback and will fix bugs as we find them or they are reported. If you are enjoying playing the game, please remember to leave a Steam review as they drive sales which allows further investment in new content and development.
<iframe src=”https://store.steampowered.com/widget/252250/” width=”646″ height=”190″ frameborder=”0″></iframe>