Maia 0.58 has arrived. This update brings new AI systems, multiple base support, deepened simulation, procedural colonist written music and sci-fi and hundreds upon hundreds of bug fixes. Here’s a video of me playing the latest build:

Colonists are now able to use their skill sets and experience to plan tasks and directly consult players on the running of the colony. From complex base management and room planning, to scientific excursions to the surface, torching failing crops and even presenting their mood-reflecting avant-garde electronic music or their desperately clichéd (procedural) science fiction writing. These emergent choices add a little extra challenge, depth and flavour to the game.

Multiple airlocks and even rudimentary multiple bases are now supported, allowing for much more ambitious building projects and paving the way for colonising the game’s massive maps. Colonists will now take much greater care to manage their suit usage, planning their journeys around efficiency and safety. 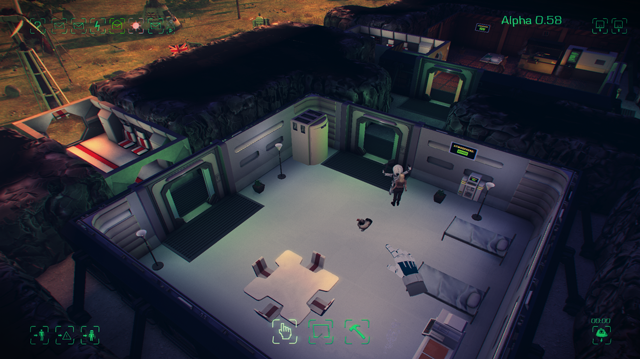 Robot batteries now run down and will need to be replenished at a robot recharge station. A robot on low power will become sluggish and throw more fussy tantrums, upsetting the colonists. The IMP AI has had a major rewrite to re-prioritise their efforts around digging and materials collection. Their new detailed mouse over info-tips presenting a clearer picture of their robotic planning process. 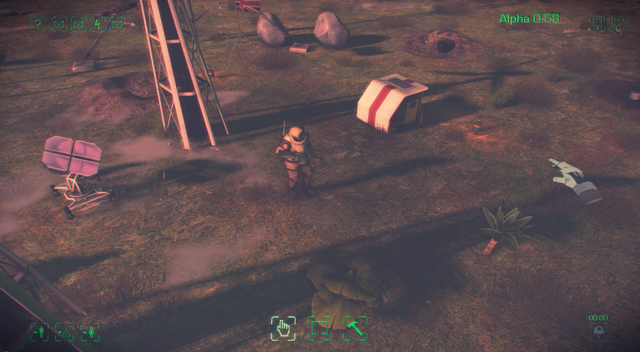 Feed the rot. Rot the feed.

Crops are now susceptible to fungal blights, which spread based on temperature and maturity of the plants. These diseases can transfer to nearby hydroponic planters and wipe out plants of the same species. Growing varied crops and carefully considering placement of the growers, lights and heating adds new depth and challenge to food production.

The creatures in the world will now migrate around the map to expand their territories and seek out new food sources. If the animal’s new territory includes your base you will receive a warning email, giving you more time to consider defences.

Food and Water systems have been tweaked in many ways to reduce issues around dehydration and starvation. These range from the new condenser unit that can provide an efficient water source in any room, to new colonist crop anticipation priorities, down to small planning tweaks in the storage room reducing the chance of essential items being buried in mineral ore by a careless robot.

I hope you enjoy this update, please let me know what you think over on the Maia forums or on Twitter.

You can follow development on dev.maiagame.com. Maia 0.59 will be out at the start of November, with Maia 0.60, our first Beta build out on December 13.